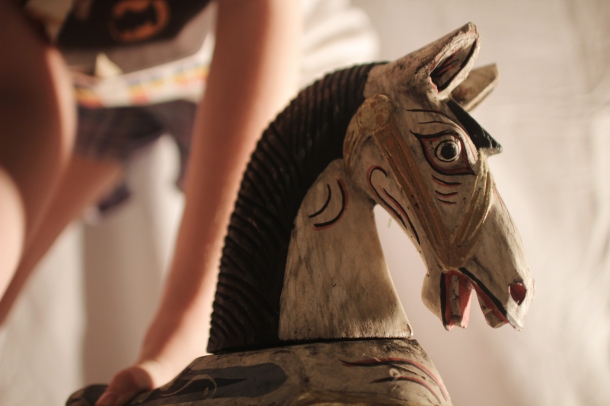 THE SUBJECT SITS STILL ON THE EXPERIMENTER’S CHAIR and a machine omits grey light, projecting pictures on the wall. Each picture rests for a short time before switching to another. There is no pattern, nor inferable meaning; a beach, then a tree, a cityscape, coloured shapes. But when the machine revolves and the slide changes, some blemish flickers across the wall. It is gone before it is there, imperceptible and not regarded—probably innate to the mechanism. The pictures go on and for the Subject there has been no interruption.

Instead, you begin to relax. The chair is that bit more comfortable. You are held up, content, by capable posture. You breathe slowly. Yes, the world can be difficult. We worry and there are problems—but you are not lost. On the wall, the green triangle changes to a blue circle and You are You, and you can handle it. It’s all okay and everything will be alright in the end.

At 5 milliseconds the Subject didn’t notice a hidden message placed between the slides. But they seem to have felt it: “MOMMY AND I ARE ONE”.

“MOMMY AND I ARE ONE”, the message hidden between pictures, to be seen without knowing it. This peculiar process is known as Subliminal Psychodynamic Activation—contracted, ‘SPA’.  Developed by the doctor Lloyd Silverman in the 1960s, today it sits in the corner as the quiet and uncomfortable fusion of subliminal messaging and psychodynamic theory—of which Sigmund Freud is dubbed father. As theorist Joel Weinberger puts it “I have never read a review or even a mention of SPA research in which the word controversial was not somewhere included”.

Alone in the laboratory, words or pictures pertaining to concepts of psychodynamic theory are presented to individuals ‘subliminally’; flashing past at durations of 4-6 milliseconds, well below what we are consciously able to notice.

These experiments were originally conducted on schizophrenic individuals, explored as a means of treatment. The hidden ‘MOMMY AND I ARE ONE’ elicited both decreases and increases in schizophrenic pathology, depending on the individual. This could mean spikes in aggression, emotional recoil, or the unfortunate aggravation of delusional paranoia. However for some, it meant the opposite: calm, relief and newfound clarity. Silverman’s findings opened doors to the potential treatment of schizophrenia.

Similar experiments have since been conducted on the non-schizophrenic population. Many of these as complement to therapy and education. A rapid smoking-cessation program was tested in 1980: it worked for everyone in the short term, but only lasted for those subliminally exposed to ‘MOMMY AND I ARE ONE’; everyone else relapsed within weeks. The MOMMY message was translated to Hebrew, in 1982, and flashed to high school and college students: their grades became substantially higher than those of the control group.

Surreal images of two animals, or two people, morphing into one and other have also been shown subliminally in this line of research. As have variants of the standard MOMMY message:  ‘MOMMY IS INSIDE OF ME’—generally considered quite neutral. ‘MOMMY IS LEAVING ME’—a shame, but clinically promising. Another, ‘DESTROY MOTHER’, tends to upset people.

Generally, it appears as though the effect of these hidden messages depends on a subject’s childhood relationship with their ‘mommy’, as well as the state of the relationship now and to what degree the individual identifies with or differentiates themselves from their mother.

But why on earth is this so?

Well, the premise of the Subliminal Psychodynamic Activation (SPA) effect is grounded heavily in psychodynamic theory. You’ve probably heard something about Sigmund Freud—“tell me about your mother…”. The more recent SPA experiments operate off the later work of Freudian disciple Margaret Mahler (1897-1995).

Margaret Mahler developed what is known as the separation–individuation theory of child development. Within this theory, Mahler described a normal phase in early childhood in which the infant experiences the ‘self’ as being fused with the cradling, nurturing mother. From here on, psychic development is a process of separation and individuation. The developing mind must negotiate around this period of mother-child symbiosis, with a gradual transition into psychic individuality. Through childhood and in adulthood the memories of this warm nurtured phase remain. They have passed into the deep unconscious reaches of the mind. And so the individual is left harbouring a hidden unconscious wish for symbiotic ‘oneness’ with the good mother of early childhood.

This is where the SPA experiments show their cunning. On a conscious level, an individual would surely refuse the notion of mother-self oneness. However, if the conscious mind is subverted, we have no means of defence. At 4-6 milliseconds, MOMMY is subliminally perceived. On subliminal levels—below the ‘limen’ of perception—the mind is able to perceive and process that which is too elusive for us to consciously detect. Subliminally you could see or hear something, even be influenced or persuaded by it, and you’d never know.

To better understand the distinction between the conscious and subconscious mind, think of riding a bicycle: is it necessary to remind ourselves that pressing down on the pedals makes it go? Or that turning the handle bars changes your direction? Riding a bicycle is a complex and carefully coordinated balancing act; but with mastery, we hop on and roll without a thought. Knowledge can be causally active, but at the same time remain outside of consciousness.

Over the last decade, fMRI studies (functional magnetic resonance imaging) have shown that while someone might not be able to tell you they’ve seen or heard something, the electrical activity of their brain says otherwise. In the laboratory, subliminal messaging changes behaviour, it changes thought, and it changes emotion.

In 1992, one experiment subliminally primed people with either positive visuals (smiling families, kittens, etc.) or more negative ones (e.g. spiders, bloody organs, buckets of snakes). These images preceded photographs of a woman performing ordinary everyday tasks such as walking into her apartment and sitting in a restaurant. At the end of these sessions, people were asked what they thought of this woman. According to those subliminally exposed to the bucket of snakes, the woman in the photographs probably wouldn’t be a very nice person, nor would she be much fun to be around.

In 1950s America, the subliminal ‘THIRSTY? DRINK COKE’ message is said to have mentally nudged cinema patrons down to the lobby. It’s difficult to confirm the truthfulness of this one—there are those who would have you think either way. But the effect has since been supported in the lab with a subliminal ‘LIPTON ICE’: Lipton Ice Tea became the newfound quench of choice for thirsty subjects (2005).

On red wine, shoppers have been known to choose French or Chilean wine, depending on the ethnicity of the music playing in store, while also being unable to recall anything about the music once they’d walked out. 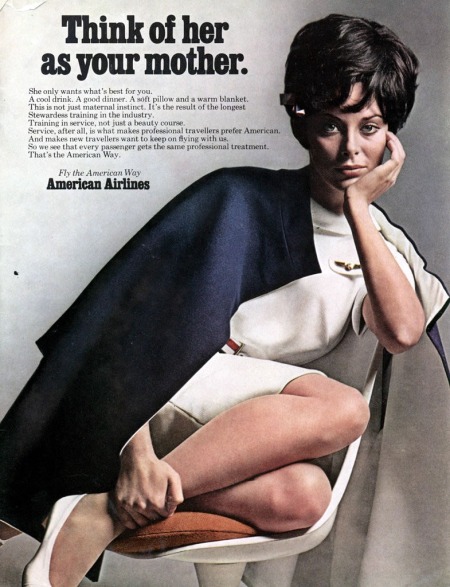 There’s a lot of research out there. If done correctly, subliminal messaging works, silently and unnoticed. In Australia and Britain the use of subliminal messaging in advertising is banned. In America, it is barred by the Federal Trade Commission which prohibits the “deceptive or unfair”.

Australia’s Channel Ten got into some trouble over the 2007 Aria Music Awards. Among others, the split-second Chupa Chup adverts were a trifle north of elusive: video.

Insidious corporate brainwashing—in that sense subliminal perception can be a little disconcerting. But it isn’t all that. Prior to our indulgent digression into subliminal advertising, the author touched on the promising future of Subliminal Psychodynamic Activation. The standard, ‘MOMMY AND I ARE ONE’ message has been shown to stimulate learning and aid in mental therapy. Researches experiment with these words today in their endeavour to better humanity. On the other hand, ‘MOMMY IS INSIDE OF ME’, doesn’t generally achieve a great deal. ‘DESTROY MOTHER’—nothing useful yet. In 2006, ‘MOMMY IS LEAVING ME’ made male college students eat less crackers than their control group counterparts—could this help to promote healthy eating?

And the inevitable, ‘THIRSTY? DRINK MOMMY’, is yet to be trialed.

Fancied that? Maybe you’d be interested in the psychosexual analysis of Patrick Bateman, from American Psycho.

…In the near future we could be controlling our emotions with an app and a hat.

And now a word from our sponsors,

One thought on “‘MOMMY AND I ARE ONE’: The strange experiments of Subliminal Psychodynamic Activation”